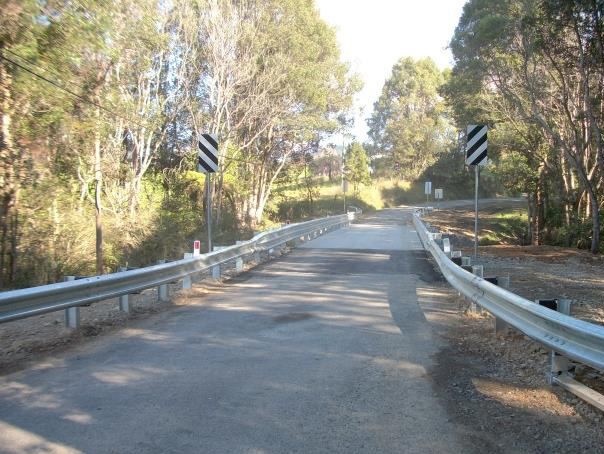 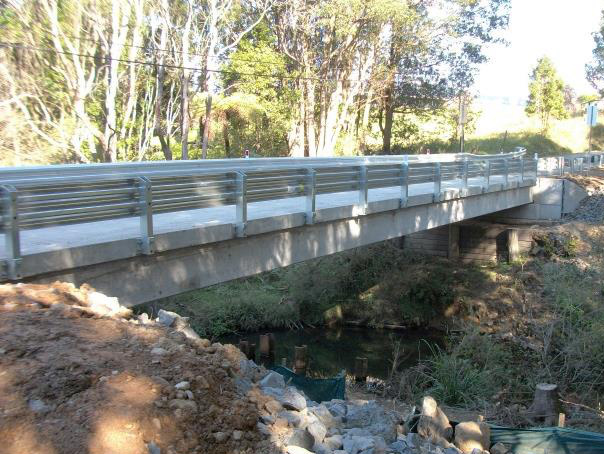 The single span reinforced concrete structure was to replace the existing two span timber bridge. The overall length of the single lane bridge was 24.5m with a width of 4.2m.

Finishing works included installation of the thrie beam guard rail and construction of the road pavement approaches at both ends of the bridge.