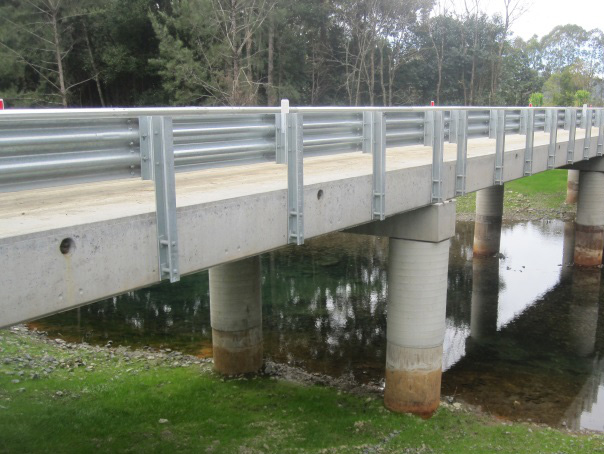 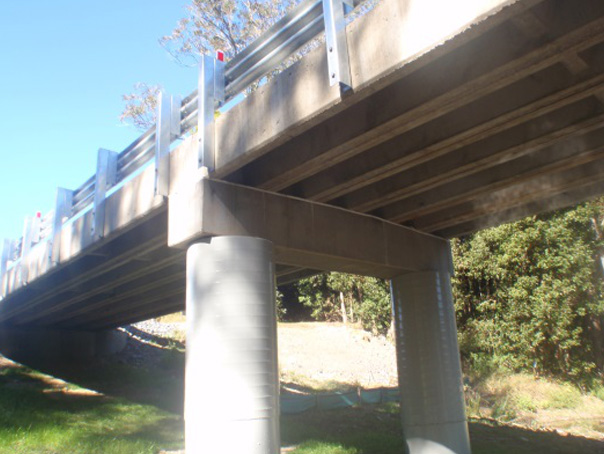 Coastal Works carried out the construction of Houlahans Bridge over Urumbilum River at Dairyville NSW.

The bridge is a single lane four span reinforced concrete structure with an overall length of 60m and a width of 4.8m.

The bridge is founded on bored concrete pile pedestals with precast piles and headstocks supporting the superstructure. Following the installation of the precast headstocks the precast planks were installed which were tied together with lateral reinforcement and grouting through the lateral conduit voids. Cast in-situ reinforced concrete approach slabs were constructed at both ends of the bridge followed by the installation of thrie beam traffic barrier.